With the Canning area now boasting Australia’s first Aboriginal Treasurer, MP Ben Wyatt, WA’s first Asian Mayor, Paul Ng, and one of the largest, imminent infill areas this close to the CBD, its time to stop portraying it as some kind of “multicultural poor town”.

Former Premier Colin Barnett, when promoting the then-promised MAX light rail project, indicated that one of the reasons Mirrabooka would get tier one level transportation was because the community had come of age as one of the most integrated in Perth.

Would he have felt the same way about the City of Canning?

Partners in the Bentley Regeneration project, estimated at three quarters of a billion dollars’ worth of development – the City of Canning and the Housing Authority (formerly Dept of Housing) – seem intent on perpetuating the area as problematic.

Take the signs put up to advertise the Regen as a case in point – the main feature is a Salvation Army officer appearing to be watching over the children of Bentley.  What commercial developer would pose that as a major selling point to the 25,000 cars that drive past each day? 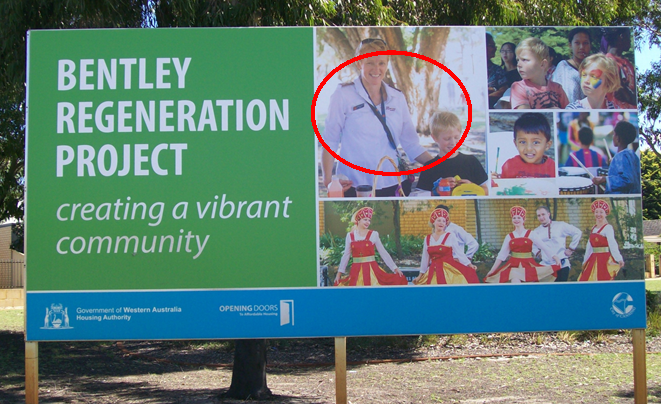 Worse, whilst the Authority implies “new homes, new opportunities” will be occupied by a highly multicultural population, it and the City host one of the most patronising annual “Harmony Days” in Perth.

Harmony Day was supposed to be about inclusiveness.  Its motif could do with a slightly bent person on a cane and a wheelchair added to it….but essentially its message is that of inclusiveness in all aspects of life.

Today, if Bentley’s depiction is anything to go by, its more about international migrants needing mental and physical health, Centrelink, church, charity and social sector services and free food.

In fact, when looking at the stalls provided one wonders how the Authority thinks the target audience will be able to afford one of its shiny new homes anyway – no affordable price points are emerging.

The Authority believes around 2500 people turned up, but the reality is the event rarely cracks the 1000 mark, and its not surprising.

It isn’t hosted in a universally accessible location – nor is the event moved to different wards around Canning even though we’re supposed to be “one of the most diverse communities in Perth”.

The mostly free food is no cultural or gastronomic feast – biggest non-seller is hot dogs, and scones, some stir fry, Persian teas, Mr Whippy and $4 coffees were also available.

The valuable opportunity of Woolies wanting to immerse itself in the community turned in to a free apples, pears and water event.  I asked a struggling friend if he’d made off with a couple of kilos as a result but of course he’d be too embarrassed….

Which is really my point: Is all this as good as it gets?

How does this still-desultory view of the community represent hope for the future?  The event was programmed by the very group created by the Housing Authority to improve perception of the area – known as Bentley Community Focus.  Nowadays the group has little interest in the publicly housed, most members don’t live in Bentley and, ironically, became dependent on constant support themselves.

The messaging and marketing apparent in this once-in-a-lifetime regeneration is terrible.

And the City of Canning is only making things worse.  It holds the really *fun* ratepayer-sponsored events everywhere but Bentley and, if you have a gander at the glaring highlight below, it intends to keep on densifying virtually all of it – leaving other suburbs to mostly get out of sharing where new people will live.

As for affordability – rental or otherwise – whilst the City’s own draft local planning strategy pumps out rhetoric like “[f]acilitate affordable, adaptable and accessible housing that caters to the needs of the diverse….”, in a misguided and subjective move recently Deputy Mayor Lindsay Holland called for the demolishing of a key public housing block (Brownlie Towers) as some sort of way forward.

Part of the response to an earlier call for diverse housing stock, Brownlie was refurbished as a personal priority by former Premier Dr Geoff Gallop in order to provide affordable homes for hundreds of over-55s.  Thankfully, the Towers has a new champion in Ben Wyatt, our Treasurer, Energy, Finance and Aboriginal Affairs Minister and its needed because Cr Holland’s view is “the Dept of Housing can [just put all those people] somewhere else”.

If we can’t and won’t do better on all of the above it’s not surprising the City of Canning, despite being deemed a strategic centre, is rarely recognized as that by state and federal govts.

In the meantime, on the same day the cut-price, not particularly hopeful or fun Harmony Day was being held, right next door our fabulous and well-integrated Muslim community was hosting a bang-up good time.  If only Bentley was encouraged to feel the same… 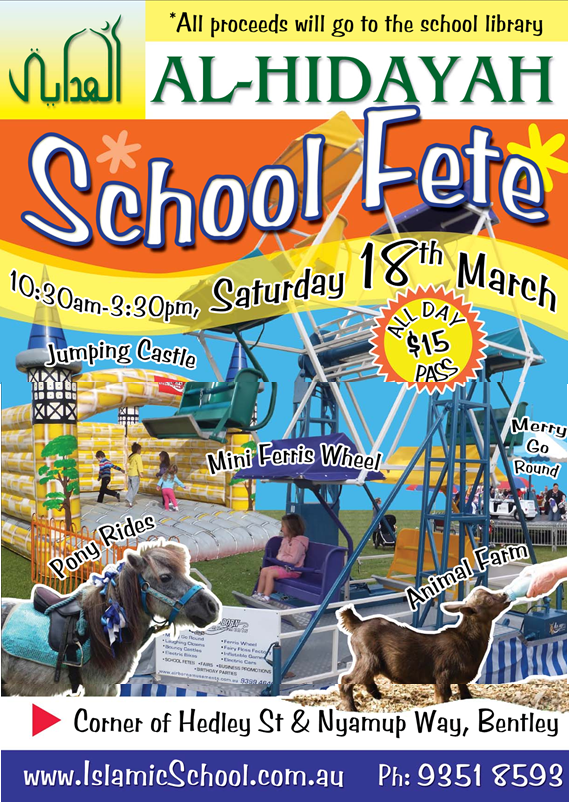