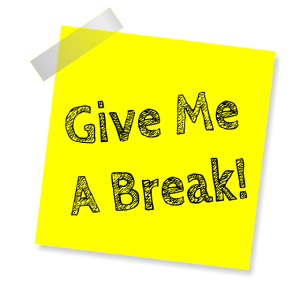 Update:  Thank you to A/CEO Garry Adams for providing somewhat of a response to this post.  Not all of it makes sense to me – when is an expensive newly created position not an expensive newly created position?  Were other staff let go, etc?  Mr Adams’ hasn’t yet responded to the main thrust of this post, being, why is the Executive seeking to get this budget through early, and before their new boss arrives?  Mr Adams’ dot point responses to be found HERE and the Budget Presentation of 7 June 2016 is to be found HERE p.65

It will be interesting to see if Mike Nahan attacks Canning’s rates this year, given that he did last year and that his staffer, Ben Kunze, and Lindsay Holland, whose community interests have benefitted from Mr Nahan’s re-election efforts several times, are now on Canning Council.

Highlights:  Other Local Govts provide Qs to ask Council about attempt to get budget through early….

Time to get blunt –

Things that don’t seem quite right have been occurring since Canning was *allowed* to have a Council back.  I’ll preview some of these concerns over the next few weeks.

What the community needs to know now is if the new Council is strong enough to achieve the dynamic tension necessary between Administration and Governance to produce the best outcome for residents and ratepayers.

A big test has arrived:  the Directors of Canning are trying to get through the budget they want, one week before their new boss starts (newly appointed CEO Arthur Kyron).

Previous councillors don’t recall a time when a budget was adopted before July – nor is it necessary to do.

Councillors have few real powers but what they can hold final say on is significant:

The post on this blog announcing Kyron’s arrival received the highest no. of views this year.  The post on what many thought dubious, “Canning CEO chooses Canning CEO” was second highest – so a lot of eyes are on what happens next at Canning.

If the Council believes the budget should be adopted without further questioning, without a new set of eyes to add perspective, or basically before the new CEO has endorsed it, it will have delivered the worst possible outcome to the people who voted it in to set a new standard:

New CEO Arthur Kyron cannot be held accountable by the community for what transpires under a budget he did not participate fully in, prior to its adoption

What’s worse, I’m quietly told that outcome might not bother any new CEO – not their problem and they get a sweet 12 month ride before anything can be attributed to them.  Is this what we pay out a ton of money for, on just one person?

If all of the above goes ahead, in my view it amounts to unethical behaviour, a lack of Council confidence, or in the CEO it has just appointed.  It also signals the dynamic tension this group of councillors, many of whom bring strong attributes to their role and may have big futures ahead, is still not being achieved at this critical point.

As it is, the Council will already be down one councillor- Beeloo’s Pauline Tarrant (authorised Leave of Absence).  The remaining councillors, many of whom seems conservatives, or of an age where living costs aren’t today the burden they were, only need six votes, known as an “absolute majority”, to get whopping rate rises through:-

(We’ll be told we’re still one of the lowest rating councils.. had enough relativity?  It doesn’t seem to count when employees per councils are tabled!)

So I asked surrounding Councils their view:

What can we do, as community members, to hold our Mayor, Councillors and A/CEO Garry Adams to account for potentially adopting a budget without the imprimatur of the City’s most senior executive?

The reply? We can ask the following Qs, which I will do and report back to this post on the outcome of:

Little real information about the budget is available for the public to absorb in the meantime, and raises more Qs than it answers:

What’s worse, a cursory look at the employment tab on the City’s website shows new staff positions being created – basically to do the City’s favourite thing:  internalize functions that are more cost-effective handled externally (ie, workers’ compensation, injury management, conduct of the general Wellness Program – do we need new staff worth 1/5th of a million dollars for this?):

Can your Councillor tell you how many new staff, and how much additional in-housing of services we will have to fund in perpetuity as a result of this budget?  Can they tell you why?

Finally, the City still hasn’t included the attachment “Budget Presentation”, nearly two weeks after it was previewed at the Agenda Briefing of 7 June 2016, to the Ordinary Council Meeting Agenda of 21 June 2016.  Even if it did, there is little time for the public to absorb it, and no time for them to question it – other than on the night the very budget/rates may be adopted.

If this goes through, perhaps as a community we need to consider if Canning has the right councillors in place, with an eye to half of their terms coming up for renewal in 2017.