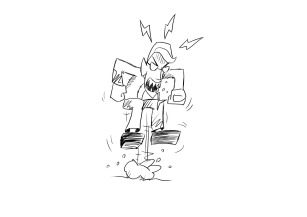 UPDATE: Reports of “red and green haired” group of young people doing letterbox drops for Lanza.  Well… he’s getting on in years and not well known in Canning, so it just sounds like more WA Labor Party infiltration to us.  Doesn’t seem to matter the candidate, just that the Party gets members on councils?

We wondered how WA Labor’s new Council Connect initiative – to support members who want to go on to a Council – would pan out.

While stressing they don’t endorse any party member’s bid, the machine still sent out a list of members running for local govt across WA, just as voting papers were mailed out.

Canning has only one party member:  Franco A Lanza (sorry, Frank for the next month), Mason Ward and now the party faithful know.

Good to be a member of a political party!

Can’t think why Franco/Frank, didn’t want to declare his involvement with WA Labor….  He was happy enough to fundraise amongst branch members, and got the email-out benefits.

As it turns out, Franco/Frank didn’t take kindly to our belief that if a “brand new start” for Canning is going to happen, let’s get all the political and ratepayer group affiliations out in the open, take it from there.

Not wanting to put his feelings on his campaign FB, Mr Lanza put them on his almost identically named personal book instead…. bitchin’… and bore little relation to what we actually published.

We hope that kind of behaviour never shows up in Council Chambers!

We’ll leave the epilogue to Franco.

2 thoughts on “Labor’s world of pain”